We are open for play.

Many putting greens suffered winter ice damage.  Some have fully recovered and some are still not smooth.

Some scheduled programs have been suspended or canceled due to the COVID pandemic.

It is our goal to provide our customers and staff with a safe environment. We need your help; face masks are required in the clubhouse and surrounding areas, and social distancing is expected of each individual. 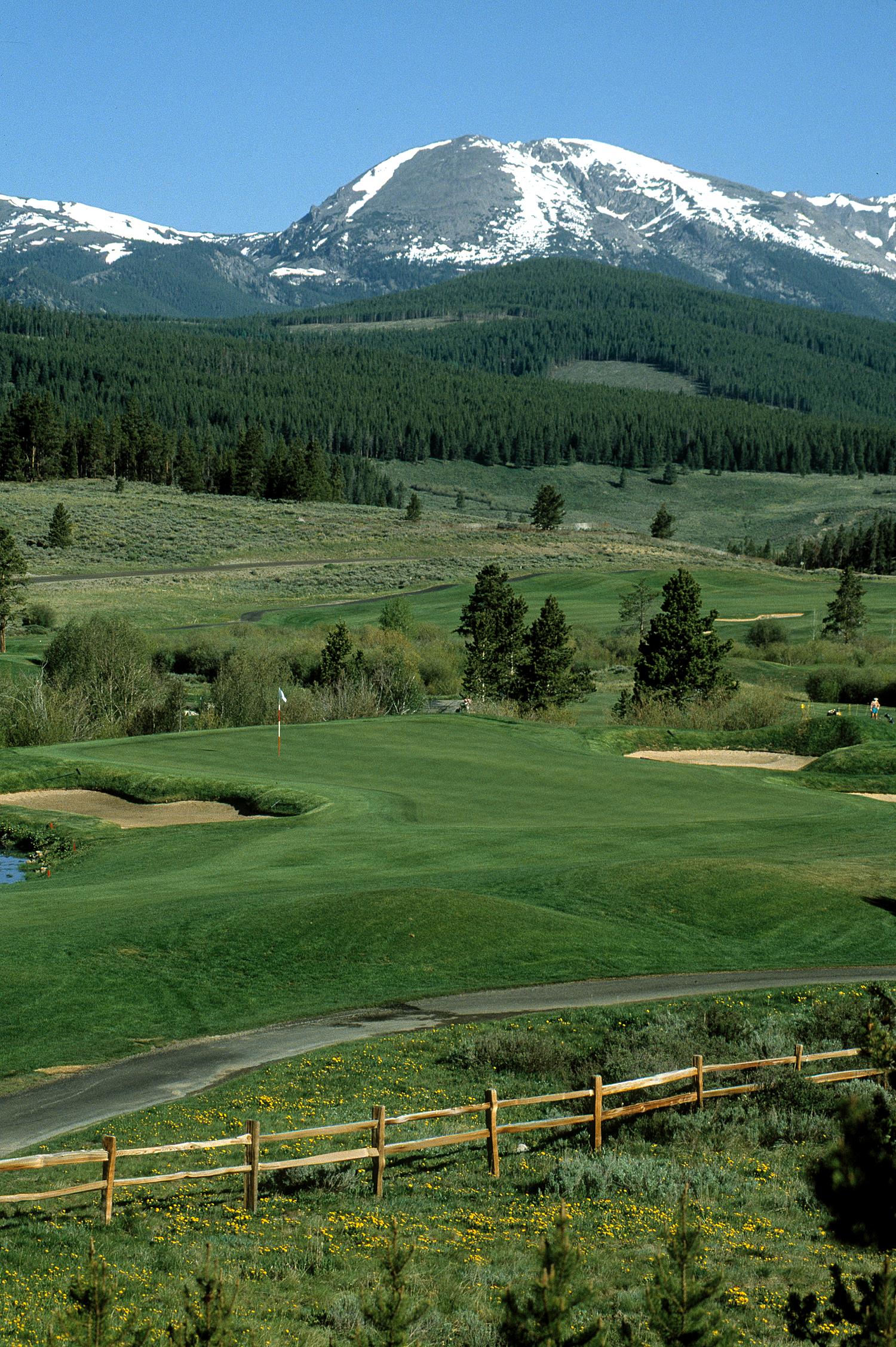 Breckenridge opened the Bear nine in 1985. The Bear was the first nine to grace the landscape known to Breckenridge's early day miners as Buffalo Flats. The miners certainly did not imagine golf in such an environment. What was once a tent city of miners seeking fortunes of gold, the landscape now is a challenging golf course with players seeking pars and birdies. The challenges for today’s golfer are quite similar to yesterday’s miners - nothing comes easy.

The second nine to open, in 1987, was the Beaver. A venture to the left of holes 6, 7, and 8 and you will notice rock piles; "tailings" as the miners called them, leftover from the days of gold mining in the area. The miners were not the only creatures to leave their mark on the topography. The Beaver nine takes its’ name from the beaver ponds that are scattered along holes 6, 8, and 9. Don’t blame Jack Nicklaus for this design work. The beavers created the habitat and Nicklaus left it in place for your enjoyment.

The success of the original 18 holes, prompted Town officials expand the facility. In 2001 the Elk nine opened giving golfers 27-holes to play. The Elk offers the most elevation change of the three nines, as well as the beautiful panoramic views of the Ten-Mile mountain range.

Come see for yourself what make Breckenridge so special! 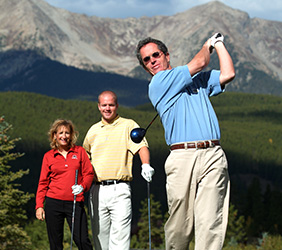 Breckenridge has three championship nines, the BEAR the BEAVER and the ELK. All three nines are Jack Nicklaus Signature courses. Playing at 9300+ feet in elevation, each nine offers a mountain golf experience. Panoramic views of the snowcapped Colorado Rockies can be seen on every hole. Dense wooded areas give way to open native grassland and wetland areas. It is not uncommon to spot wildlife during your round including beaver, deer, elk, moose and sometimes even a bear.  With the fantastic views and wildlife you realize a round at Breckenridge is more than just golf!